I am writing to you from JFK airport in New York (10 days ago) as Rosh Hashanah comes to a close. I was supposed to fly to San Diego and give one message and get home to Israel before Rosh Hashanah, but then I was invited to Orlando to promote our new show on God.tv, “Out of Zion.” I really didn’t want to go, but Elana said, “If you go, you can fly through Richmond on the way back and spend Rosh Hashanah with the girls.”

And that is what I did. What a great day it was to be with my parents, my sister and my daughters. We went to the Orthodox Jewish synagogue with my parents. This was not the Conservative synagogue in which I grew up, but the far stricter, “Chabad” stream. And this synagogue has a special place in my heart. The rabbi’s father was the rabbi when I was a kid. After I came to faith in Yeshua, my parents asked me to meet with him, and we did, weekly. His goal was to convince me that Yeshua was not the Messiah and that I should simply become an Orthodox Jew. 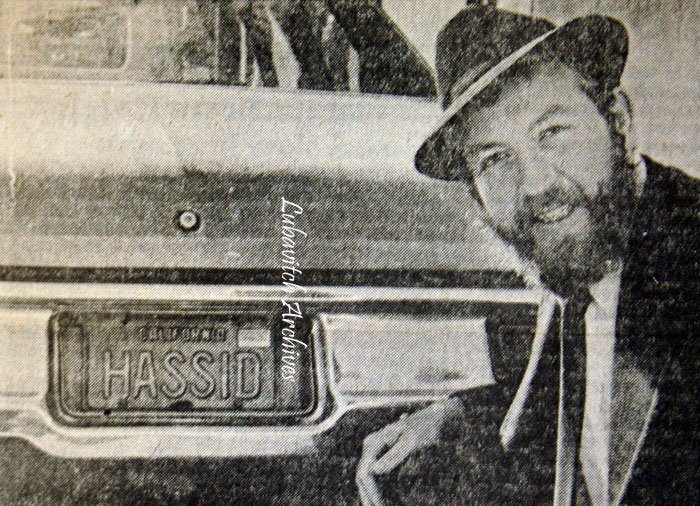 Yankl Kranz (in the picture) was a dear, sweet man with good hopes for Richmond. He used to drive a huge ‘bookmobile’ trying to get Jewish kids to read Jewish books. It was a library on wheels. We really enjoyed each other. He died young and his son, Yossel, took over for him. Yossel and I have a bit in common. We are both American Jews, rabbis of sort, and we both married beautiful Israelis. He is a fantastic communicator and unlike in Orthodox Judaism in Israel, he doesn’t put guilt trips on the more secular Jews, but seeks to draw them in at whatever level they are willing to enter.

However, despite the similarities there is a great theological divide. Though his sermon was well written and quite humorous, his basic point, as we were beginning the High Holy days—days where our sin is highlighted and we seek forgiveness—was not “Repent”. But the opposite. “You are far more righteous than you think. Don’t say I don’t keep kosher, say, I keep kosher most of the time. Don’t say, I don’t keep the Sabbath, but say, I keep the Sabbath most of the day.” He does not see us as sinners.

He characterized Jeremiah as depressed, not understanding that he was broken over the sinful state of the Jewish people as he saw prophetically that they were about to be conquered by the Babylonians and their Temple destroyed (586 BCE).

“If only my head were a pool of water and my eyes a fountain of tears, I would weep day and night for all my people who have been slaughtered.” (Jeremiah 9:1)

Orthodox Judaism fails to understand that the Torah is not a set of rules to please God, but that our inability to keep the Torah revealed to us that we are sinners in need for forgiveness (Gal. 3, Rom. 7). While we should strive to keep the Ten Commandments, each time we read them we realize how far we fall short. Isaiah said that “All of us have become like one who is unclean, and all our righteous acts are like filthy rags; we all shrivel up like a leaf, and like the wind our sins sweep us away.” (Is. 64:6) To be clear, the analogy is referring to a woman’s monthly cycle.

Both Daniel and Isaiah cried out, “We have sinned” but modern Judaism (really post 2nd Temple Judaism created by Yochanan Ben Zakkai [read this about that guy!!] after the 2nd Temple was destroyed) says, we can earn forgiveness through:

It is during this season however—the Ten Days of Awe between Rosh Hashanah and Yom Kippur—that we sing Avinu Malkenu, Our Father and King. The very second line is:

In the same way that a judge doesn’t reward a murderer for the people he didn’t kill or the thief for how much he didn’t steal, God will not turn a blind eye to our sin just because we do some good things. But Yeshua came, and according to Isaiah, He took our punishment.

But he was pierced for our transgressions,
he was crushed for our iniquities;
the punishment that brought us peace was on him,
and by his wounds we are healed.

Yeshua came to make us holy, not through our keeping most of the Sabbath, but through His death and resurrection. Here is a video I made related to this.

May this be the Yom Kippur season that the we see the words of Zechariah come to pass:

“And I will pour out on the house of David and the inhabitants of Jerusalem a spirit of grace and supplication. They will look on me, the one they have pierced, and they will mourn for him as one mourns for an only child, and grieve bitterly for him as one grieves for a firstborn son.

Please consider a special gift this Yom Kippur to help us reach Israelis with the message of the Messiah. Thank you!

Could ISIS be Gog and Magog?