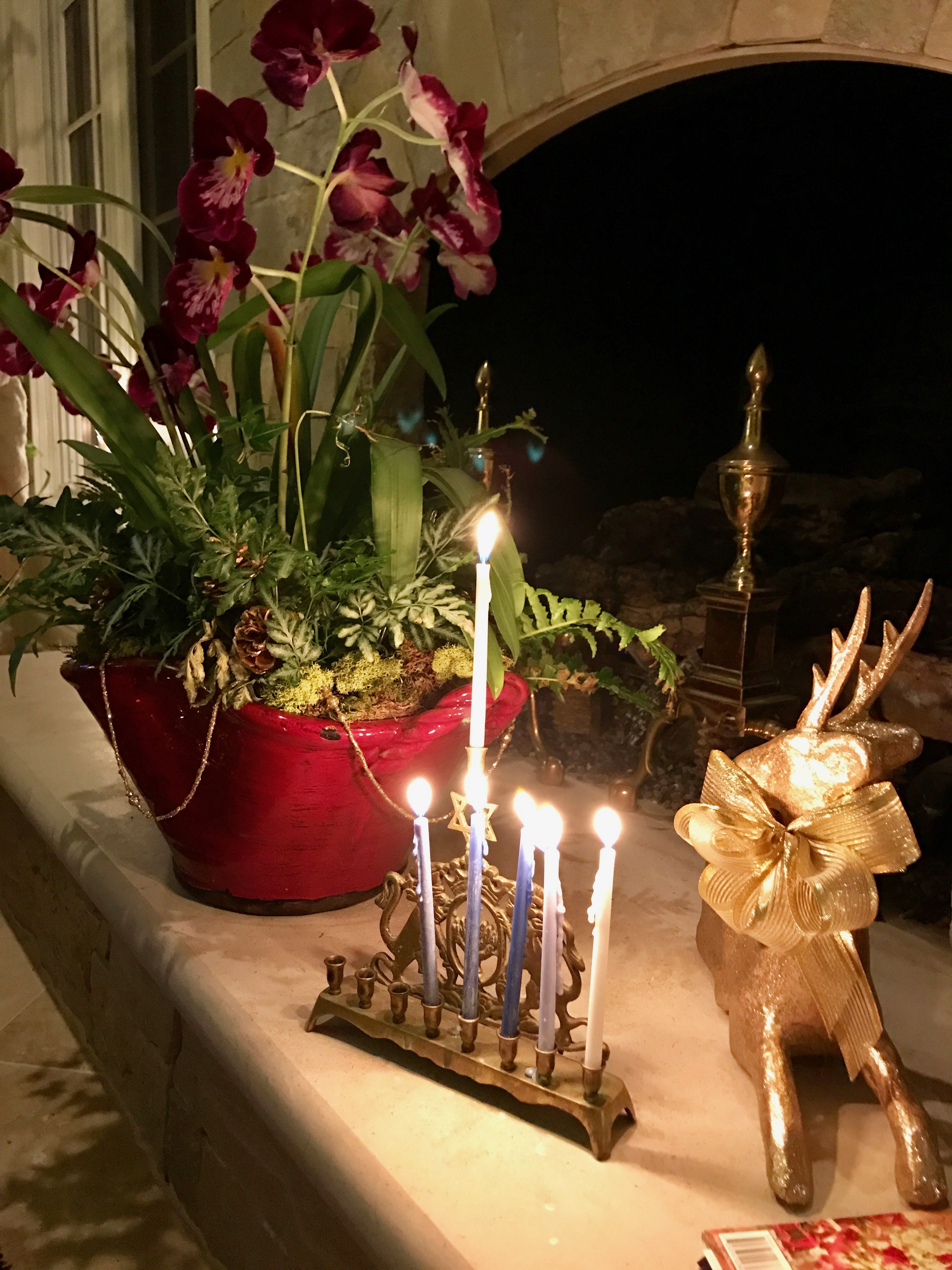 Greetings to you during this miraculous season of light! It has been a while since I sent a personal update. Before I do, present subscribers often ask me if they can get a copy of my eBook, “The 15 Most Important Facts About the Israeli/Palestinian Conflict”. I am happy to offer it to you. Please click here to download the book.

Elana and I are in Richmond, Virginia throughout the holidays. I grew up in Richmond and as my parents are getting older, we are trying to spend a bit more time here. We return to Israel in mid-January. In addition to overseeing Messiah’s Mandate, working with our congregation in Tel Aviv, being asked to take on more responsibility within our Israel-based international network (Tikkun), I was writing scripts and filming over 100 episodes for our new TV show, “Out of Zion.” This is in addition to traveling and ministering.

I am not saying this to brag—quite the contrary, I was doing too much and I knew it. I just needed the Lord to show me what should be cut out or passed on to someone else.

Then, a few weeks ago, I traveled to Dallas for a weekend of ministry. We had wonderful meetings, but by the end of the second service on Sunday, I was running out of gas. The next night, we had dinner with some dear friends here in Richmond. I felt a small pain in my stomach at the beginning of the evening. By the time I went to bed, it had gotten worse. I woke up at 2AM in quite a bit of pain that increased until 5AM.

We arrived at St. Mary’s and I had to sit at a desk and give information. Finally, I explained to the dear woman that I was going to fall over if she didn’t put me in a bed, now! She acquiesced. After about two hours of waiting in intense pain, they did a CAT scan. Twenty minutes later I overheard a nurse shout, “Acute Appendicitis,” like she had won the nurses pool! I knew she must be referring to me and that would mean immediate surgery.

The doctor came in just after that and confirmed that, yes, they were speaking of me. I wasn’t thrilled about having surgery, but now that it was diagnosed, they could at least give me something for the pain…and boy, did they.

A nurse pumped something into my IV and within three seconds all the pain was gone. However, it was like a mighty force rushing through my body. I don’t know what it was, but it felt like I was in a car and someone pressed the gas, hard! About ten seconds later, I settled into a wonderful rest until they took me into surgery.

The idea of going under and having someone operate on me is not pleasant. But I was grateful that I didn’t have a week to think about it. In fact, I didn’t have any time at all. Next thing I knew, I was waking up in recovery.

After the grogginess wore off, I was wheeled upstairs and was so happy to see Elana, all my girls and parents there. As the anesthesia wore off, I realized that I had no need to sleep at the hospital as the doctors wanted. Plus, the fellow next to me had pancreatitis—very painful. I wasn’t going to sleep well there. I told the nurse that I wanted to leave, expecting a fight. She checked with the doctor and had me on my way in 30 minutes. I was also concerned about the insurance. We have travel insurance and I had no time to even get permission for the operation. Staying another night would be expensive. Fortunately, the Israel travel insurance company was great. I called them the next morning and they said would pay the bill directly to the hospital.

The result was that I had to cancel the rest of my ministry schedule for December, including a two-week ministry trip to Brazil. My dear friends, Asher and Betty Intrater, made a last-second decision to replace me and Elana, so the folks in Brazil got an upgrade!

I am still in mild pain and have been resting the past two weeks. I hate not exercising and just started walking a couple days ago. And then yesterday Elana and I did a small hike over the James River. I will visit the doctor this week to see when I can resume a normal schedule.
We head back to Israel in January and will be filming a GOD TV special with Ward Simpson and many other guests later in the month, as well as a week of filming Out of Zion. However, we are going to work with a less intense schedule.

In addition, we have enjoyed celebrating Hanukkah all week with my parents and children. 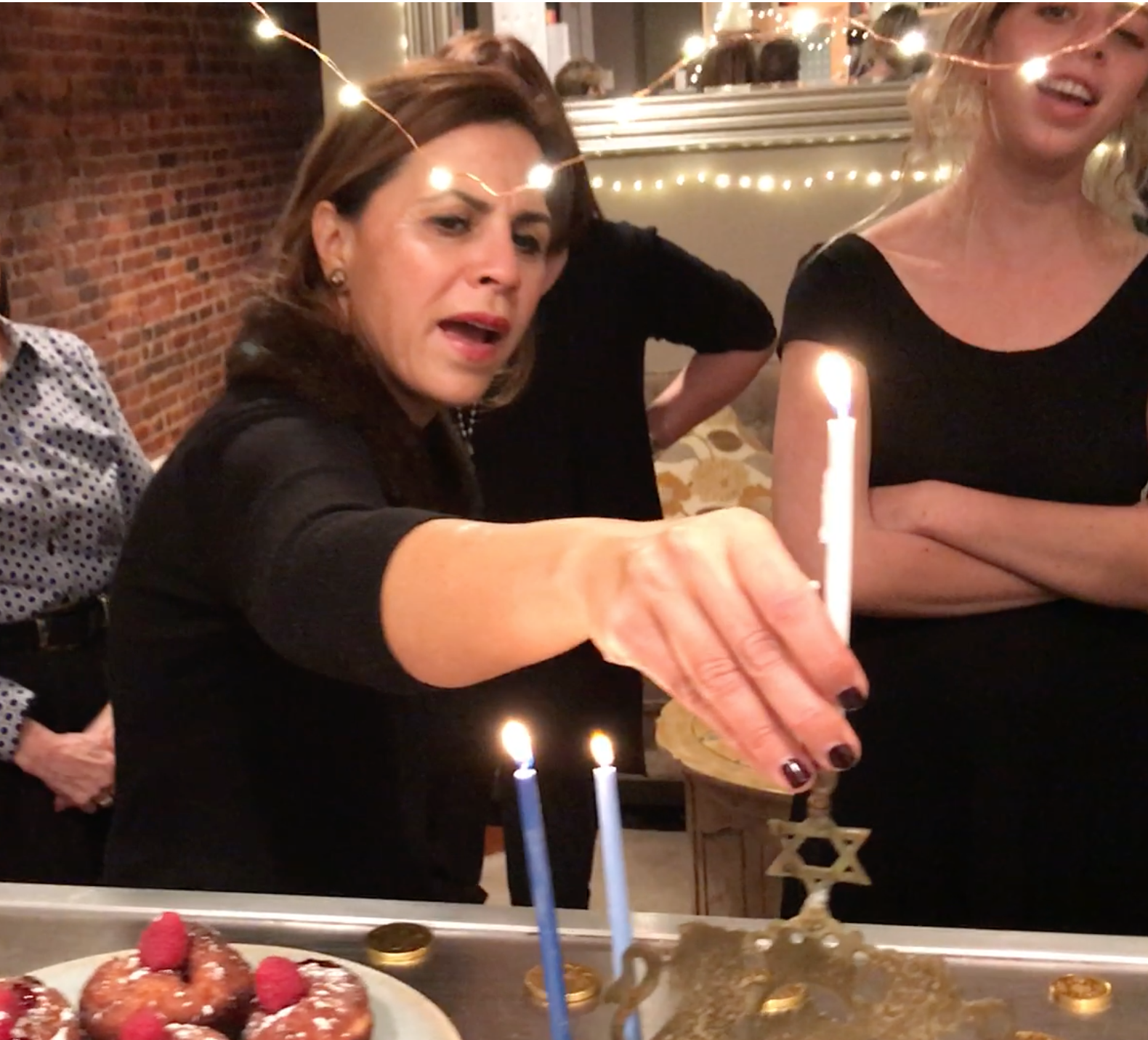 We appreciate your prayers so much! God bless you.

And as this year comes to end, we are blessed that we have been able to pay every staff member and every bill, but that has left us with literally nothing left. We even had to empty our book fund. While we are happy to not be in the red, we could be so grateful if you could make a end of the year donation to Messiah’s Mandate. Thank you so much for helping us to reach the people of Tel Aviv! Go to www.StandWithMMI.org to make your donation.

Or send your check to:

Thank you so much! Our Tel Aviv based team sends blessings!
Until all Israel is saved (Romans 11:26),